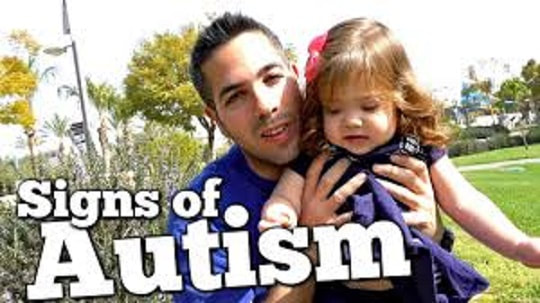 How is CBD Used And What Can CBD Do ?

WHAT ARE CBD Medicinal Oils

CBD Medicinals are Products manufactured from Natural Oils extracted from the Cannabid Plant and come as a
Sometimes referred to as Medical Cannabis or Medical Marijuana , CBD Oils are being Researched Worldwide due to their Potential To Help A Number Of Medical Conditions.

What CBD is NOT

There Are No Cannabinoids—or THC—in Hemp Oil and it is Packed With Healthy Fats and often appears in beauty products for its Moisturizing Benefits.

Autism is a neurological disorder impacting social skills and development.
​
It affects one in 40 American children today, according to a December 2018 report from the American Academy of Pediatrics.

Many children with autism have difficulty interacting with others, and some display unusual patterns of behavior like ritualistic motions.

Individual cases of autism fall on a spectrum ranging from mild to severe.
Extracts in this regard are quoted below from www.healtheuropa.eu on the Medical Cannabis Network :

In a study of patients with autism researchers have shown that cannabis as a treatment for autism spectrum disorders appears to be beneficial.
​
​The study looked at the link between the use of medical cannabis and autis behavioural improvements in children with autism, who are 18 years old and under, and found cannabis to be a well-tolerated, safe and effective option to relieve symptoms including seizures, tics, depression, restlessness, and rage attacks.
The researchers from Ben-Gurion University of the Negev (BGU) and Soroka University Medical Center reported that after six months of treatment that 80% of participants reported some level of improvement.

CBD oil is made without large amounts of tetrahydrocannabinol (THC) – the chemical that’s responsible for the psychedelic effects of marijuana – so it can’t technically get you “high.”
​
It has become widely available in health food stores and medical marijuana dispensaries across the country – usually in liquid, cream, or gel capsule form.

​Is CBD Oil Safe for Kids ?

In preliminary studies, CBD oil has been shown to improve a variety of physical and mental health conditions like chronic pain, anxiety, ADHD, gastrointestinal illness, insomnia, cancer, and more.

And in an April 2018 study of 60 children published in Neurology, a group of Israeli researchers found that CBD oil reduced autism-induced behavioral, communication, and anxiety problems.
Parents across the country have hopped on these findings and starting giving CBD oil to their children.
Many Claim CDB Oil Helps Regulate Emotions, Promote Better Sleep, And Control Autism Symptoms.

Autistic Spectrum Disorder (ASD) is an extensive developmental disorder that is expressed in almost all dimensions of the child’s development.
​
It is now common to refer to this disorder as a wide range of Pervasive Developmental Disorders (PDD) in which there are various manifestations and symptoms.
BGU’s Dr Gal Meiri of the Negev Autism Center, said: “We analysed the data prospectively collected as part of the treatment program of 188 ASD patients treated with medical cannabis between 2015 and 2017.
​
The treatment in majority of the patients was based on cannabis oil containing 30% cannabidiol oil (CBD) and 1.5% tetrahydrocannabinol (THC).
Symptoms, patient global assessment and side effects at six months were primary outcomes of interest and were assessed by structured questionnaires.”
​
The study was published in Scientific Reports and showed that after six months of treatment, 30% of patients reported a significant improvement, 53.7% reported moderate improvement, and only 15% had slight or no change.

Improvements in quality of life

The study also showed that cannabis oil medication was able to significantly improve sleep and concentration.
​
Good sleep and concentration were reported by 3.3% and 0% respectively at the outset, compared to 24.7% and 14% during an active treatment.
UN--QUOTE
All Achieved With Natural, Domestically - Sourced Organic Ingredients

DiscoverCBD.com has its home base in beautiful Colorado Springs, US of A , surrounded by lush mountains and an incredible connection with nature.

The company was started by three individuals that have long known the health benefits of CBD.
​
Each of the founders brings a unique and knowledgeable skill set to the ranks at DiscoverCBD.com:
All three saw the need for CBD and hemp-related products, but were never able to introduce the benefits of CBD to the general population through the medical marijuana platform, due to strict regulations surrounding the medical marijuana industry.

When it became obvious there was an immense need, as shown by the multitudes of entire families that were uprooting themselves to come to Colorado just for CBD products, the vision for Discover CBD was formed.
​
With the introduction of industrial hemp-derived CBD products, they can finally bring the health benefits of CBD to the masses!

Get Your Health Benefits Now !

Let Natural Medicinals Be Your Food And Your Food Be Your Medicine
By Becoming Your Own Doctor With The Healing Wonders Of Nature
CLICK HERE NOW for CBD Oils CBD Oils That Can Help To Relieve Your Loved Ones Anxiety, Depression, Eating Disorders, Insomnia and Stress, And Enable You And Yours to Enjoy a More Normal And Stress Free Way Of Life